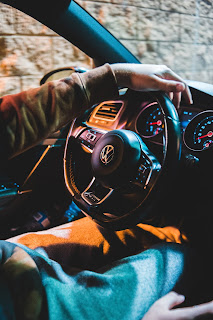 SAE J3016 defines vehicle automation levels, but is not a safety standard (nor does it claim to be). Levels 2 & 3 are especially problematic from a safety point of view. What they define if the standard is followed -- and no more -- is unlikely to provide acceptable safety in practice.

To be clear: a vehicle said to be SAE Level 2 or SAE Level 3 might be safe. But if it only does the bare minimum required for J3016 conformance, it is unlikely to be safe. More is needed.

(For more on the specifics of SAE J3016 Levels see this user guide (link) including a detailed discussion of what is and is not required by the SAE Levels.)

SAE Level 2 requires that the driver be responsible for the Object and Event Detection and Response (OEDR). The driving automation might or might not see some objects, and might or might not respond properly, thus requiring continuous driver vigilance.
However, it is well known that human drivers do poorly at supervising automation. Paradoxically, the better the automation is, the worse they do. So something needs to be done to ensure that drivers are paying adequate attention to the driving, and avoid automation complacency. Driver monitoring is said to be "useful" in SAE J3016, but is completely optional.
This is a complex topic, but if you want to deploy a safe L2 system you need to address it with what I'll call "effective" driver monitoring (i.e., driver monitoring that makes sure you're paying enough attention). Maybe eye tracking and facial expression monitoring will be effective, but the jury is still out on real-world deployment at scale. We'll have to see. But specifying a particular technology won't solve the problem until we have that data. For now, we'll just say it has to be "effective" and that part needs to be worked out.
Finding 1: Safe SAE Level 2 vehicles need to meeting J3016 Level 2, plus the addition of effective driver monitoring.

For a different take on the safety-relevant requirements for vehicle automation, see my work on Vehicle Automation Modes. This is a view from a different perspective that is compatible with the SAE Levels, but emphasizes more what it takes to make a driver-friendly automated vehicle.
https://safeautonomy.blogspot.com/2021/04/a-driver-centric-users-guide-to-vehicle.html
Dr. Philip Koopman is a professor at Carnegie Mellon University. He works extensively in the area of automated vehicle safety.
Note: More is required to achieve safety beyond what is described in this article -- such as following industry-created functional, SOTIF, and system-level safety standards.
j3016 safety standards