Is Tesla Full Self Driving Level 2, or Level 4?

Since this blog was written, I teamed up with William Widen and did an deeper analysis of what Tesla told CA DMV and the relevant CA regulations.

Conclusion: Our analysis indicates that Tesla FSD beta is SAE Level 4.  This builds upon the previous blog post below, but the article in the JURIST and associated SSRN article supersede the below, which is preserved only for historical context.

Original article is below.

The technical crux of the Tesla "Full Self Driving" naming and marketing dilemma is SAE J3016 Section 8.2  (J3016 is the standard that defines the Levels.)

If the design intent for the Tesla FSD feature is to eventually operate without a human driver being required for safety, per SAE J3016 that makes it SAE Level 4 ("L4") -- even if today a human driver is required to ensure safety during beta testing.

That's the same concept that applies to all the other L4 testers out there. Either you are deploying an L2 feature, or you are testing an L4 feature. The difference matters, and per J3016 on a technical basis you can't have it both ways.  (See Myth#10 https://users.ece.cmu.edu/~koopman/j3016/#myth10)

Tesla tells regulators they are SAE Level 2, which avoids Level 4 testing regulations. But an argument can be made based on public statements that their final production design intent for these vehicles is a no-driver-needed vehicle at SAE Level 4 or better. Consider the use of the name "Full Self Driving" (FSD) for a feature, some promotional videos, and forward-looking statements about robotaxi operation.  (There is more, but it is not my purpose to exhaustively explore that here.)

Sure, FSD instructions say that a human driver needs to pay attention at all times -- but that is true of both L2 production vehicles and L4 test vehicles. So, which is it?

Vehicle features with a Level 4 "production design intent" are Level 4 despite having a "test driver" who monitors and intervenes.  It is incorrect to classify such a vehicle as Level 2.  J3016 8.2 says:

The difference between L2 and L4 testing matters significantly with regard to safety. A key difference is the safety case argument strategy for being on the road. For L4 testing you should at least conform to SAE J3018 for a skilled safety driver. For L2 deployment you need to be acceptably safe with civilian drivers despite driver complacency.
https://users.ece.cmu.edu/~koopman/pubs/koopman19_TestingSafetyCase_SAEWCX.pdf
I see two choices for Tesla:
(1) If Tesla tells regulators that they are SAE Level 2, that means they do NOT have production design intent to operate without continuous driver supervision, at least for FSD and Autopilot. If it is found that their advertising leads customers to believe they are buying an L4 test system but are being sold an L2 system, that might cause problems with the Federal Trade Commission, among others.
(2) If Tesla has production design intent to operate without a human driver supervising, then J3016 requires them to tell regulators using J3016 terminology that they are SAE Level 4. That would seem to run afoul of road testing regulations, such as in California, which impose special rules on L4 testers.
What I don't see is any way that the same vehicle automation feature can be both Level 2 and Level 4 at the same time.
Whether it makes sense for regulators to specify SAE J3016 Levels is a different question. But if you invoke a standard, you should actually follow the standard. (It is a complicated standard, but if you want to invoke it, you need to live with that. https://safeautonomy.blogspot.com/2021/08/defining-safe-level-2-level-3-vehicles.html)

I personally prefer the Vehicle Automation Modes approach, which is more about driver responsibility and less about the technical internals of how the car is built. However, even if regulators and Tesla used that, they'd still need to differentiate between selling a Supervised production vehicle and an Automated test vehicle that requires trained safety driver intervention when it makes a mistake.  https://safeautonomy.blogspot.com/2021/04/a-driver-centric-users-guide-to-vehicle.html

Given all the misinformation out there regarding SAE Levels, if you're going to talk about SAE Levels, please do your best to get the nuances right. Yes, it's complicated. Everyone struggles, including me, but at least check and try to avoid the various myths and misconceptions. For those who want to understand the details and myths of using J3016 Level terminology properly, see: https://users.ece.cmu.edu/~koopman/j3016/

(This is a technical analysis, not a legal analysis.) 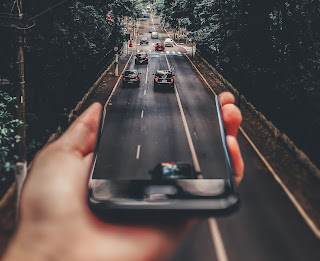 Once in a while I'm contacted by a city or state Department of Transportation (DOT) to provide advice on safety for "self-driving" car testing. (Generally that means public road testing of SAE Level 3-5 vehicles that are intended for eventual deployment as automated or autonomous capable vehicles,) The good news is that industry standards are maturing. Rather than having to create their own guidelines and requirements as they have in the past, DOTs now have the option of primarily relying upon having AV testers conform to industry-created guidelines and consensus standards. And ... in September 2021 NYC DOT blazed a trail by requiring the self-driving car industry to conform to their own industry consensus testing safety standard (J3018). Kudos to NYC DOT!  (check it out here ( link ); more on that in the details below. The #1 important thing to keep in mind is that testing safety is not about the automation technology -- it is about the ability of the human safety driver
Read more

Phil Koopman
I work with self-driving car safety and more generally with dependable embedded systems. I teach at Carnegie Mellon University.
As with any blog, these posts often contain speculative and partially formed thoughts, and should not be interpreted as a fully considered opinion unless stated otherwise.
Key pages:
Academic home page at CMU
Embedded Software Blog
Safe Self-Driving Car Blog
Checksum and CRC Blog