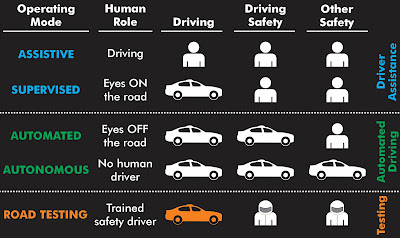 Vehicle Automation Modes
Image CC BY 4.0 https://creativecommons.org/licenses/by/4.0/
(See the accompanying video here:  YouTube | Archive.org)
If you follow self-driving car technology it’s likely you’ve encountered the SAE Levels of automation. The SAE Levels range from 0 to 5, with higher numbers indicating more capable driving automation technology. Unfortunately, in public discussions there is significant confusion and misuse of that terminology. In large part that is because the SAE Levels are primarily based on an engineering view rather than the perspective of a person driving the car.
We need a different categorization approach. One that emphasizes how drivers and organizations will deploy these vehicles rather than the underlying technology. This is not a replacement for the engineering use of SAE levels, but rather a complementary tool for public discussions of the technology that emphasizes the practical aspects of the driver’s role in vehicle operation.
If you doubt that another set of terminology is needed, consider the common informal use of the term “Level 2+,” which is undefined by the underlying SAE J3016 standard that sets the SAE Levels. Consider also the fact that different companies mean significantly different things when they say “Level 3.” In some cases Level 3 follows SAE J3016, meaning that the driver is responsible for monitoring vehicle operation and being ready to jump in — even without any notice at all — to take over if something goes wrong. In other cases vehicles described as Level 3 are expected to safely bring themselves to a stop even if the driver does not notice a problem, which is more like a “Level 3+” concept (also undefined by SAE J3016).

Even more importantly, the SAE Levels say nothing about all the safety relevant tasks that a human driver does beyond actual driving. For example, someone has to make sure that the kids are buckled into their car seats. To actually deploy such vehicles, we need to cover the whole picture, in which driving is critical but only a piece of the safety puzzle.

In creating a driver-centric description of capabilities, the most important thing is not the details of the technology, but rather what role and responsibility the driver is assigned in overall vehicle operation. We propose five categories of vehicle operation: Assistive, Supervised, Automated, and Autonomous. 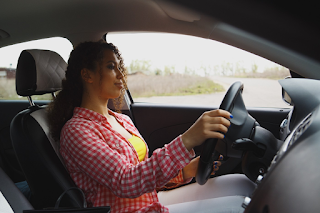 Assistive: A licensed human driver drives, and the vehicle assists.
The technology’s job is to help the driver do better by improving the vehicle’s ability to execute the driver’s commands and reduce the severity of any impending crash.
This might include anti-lock brakes, stability control, cruise control, and automatic emergency braking. The driver always remains in the loop, exerting at least some form of continuous control over speed, lane keeping, or both. Most passenger vehicles on the road today are Assistive. Generally, this maps to SAE Level 1 and some portions of SAE Level 2. 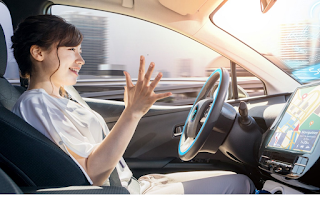 Supervised: The vehicle drives, but a human driver is responsible for ensuring safety.
Technology normally handles all aspects of the driving task. However, a licensed human driver is responsible for continuous monitoring of driving safety and taking over control instantly if something goes wrong. The driver is not expected to perform a continuous control function such as steering or speed control while in this operating mode. An effective driver monitoring system is required to ensure driver ability to take over when required.
Tesla “Autopilot” and GM Super Cruise are examples of Supervised operating modes. Generally, this maps to SAE Levels 2 and 3. Achieving safety will depend on getting sufficient driver engagement and avoiding having the vehicle put the driver into an untenable recovery situation.
Supervised autonomy should make it reasonable to expect a civilian driver without specialized training to maintain safety. As a practical matter, this limits use to highway cruise-control style applications where the vehicle does both lane keeping and speed/separation control. If the vehicle can make turns at intersections, it is beyond what is reasonably safe for civilian driver supervision, and instead is likely to be a road test vehicle. 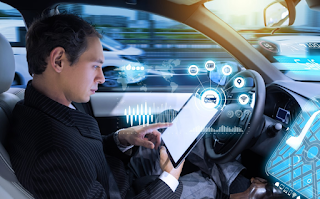 Automated: The vehicle performs the complete driving task.
A human driver is not required to operate the vehicle in this mode. However, a responsible person is required to ensure other aspects of vehicle safety such as buckling up the kids, proper securing of any cargo, and post-crash response. Simply put, in this operation mode the vehicle does the driving, but a responsible human is still the “captain of the ship” for handling everything except the driving. In some cases, there might be an expectation that a human driver moves the vehicle under manual control during portions of a trip that are not suitable for Automated operation.
Examples of Automated operation include a heavy truck on divided highway portions of its route, and low speed shuttles that require human conductors for passenger safety. Generally this maps to SAE Levels 4 and 5. Achieving safety will depend on the automated driver being able to handle everything that might occur during driving, and ensuring the vehicle takes safe actions even with no driver intervention when its driving capabilities have been exceeded. 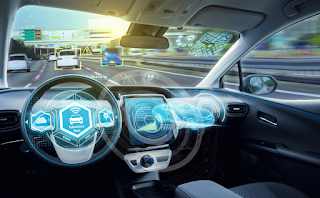 Autonomous: The whole vehicle is completely capable of operation with no human monitoring.
The vehicle can complete an entire driving mission under normal circumstances without human supervision. If something goes wrong, the vehicle is entirely responsible for alerting humans that it needs assistance, and for operating safely until that assistance is available. Things that might go wrong include not only encountering unforeseen situations and technology failures, but also flat tires, a battery fire, being hit by another vehicle, or all of these things at once. People in the vehicle, if there are any, might not be licensed drivers, and might not be capable of assuming the role of “captain of the ship.”
Examples of Autonomous vehicles might include uncrewed robo-taxis, driverless last mile delivery vehicles, and heavy trucks in which the driver is permitted to be asleep. Achieving safety will depend on the autonomous vehicle being able to handle everything that comes its way, for example according to the UL 4600 safety standard. Generally this maps to SAE Levels 4 and 5 in addition to handling vehicle safety issues beyond the scope of SAE J3016. 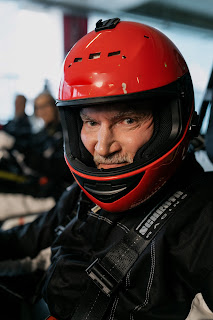 Road Testing: A trained safety driver supervises the operation of an automation testing platform.
The vehicle is a test bed for vehicle automation features. Because it is immature technology, the driver must have specialized training and operating procedures to ensure public safety, for example according to the SAE J3018 road testing operator safety standard.

No simple set of descriptive terms like this can be perfect, and this approach will inevitably have its shades of gray. However, it has the distinct advantage that human drivers will have clear expectations of their roles:

Another related advantage is that it provides a more straightforward way to describe potential human driver liability:

A single vehicle can employ various operational modes across its Operational Design Domain (ODD). What is most important is that at any particular time the vehicle and the driver both understand that the vehicle is in exactly one of the five operational modes so that the driver’s responsibilities remain clear. As a simplified example, the same car might operate as Autonomous in a specially equipped parking garage, Automated on limited access highways, Supervised on designated main roads, and Assistive at other times. In such a car it would be important to ensure that the human driver is aware of and capable of performing accompanying driver responsibilities when modes change.
We think it would benefit consumers and other stakeholders if discussions regarding vehicle automation capabilities encompassed a driver's point of view using the terms: Assistive, Supervised, Automated, Autonomous, and road testing. That could help reduce confusion and even reduce the loss of life caused by misunderstanding the responsibilities of the driver in different operational modes.

But what about the SAE Levels?

The point is to not use the SAE Levels when messaging to consumers, legislators, and non-engineers. But for those who really want to see it, here's the way things line up:

You can get a mug, t-shirt, and other swag here: 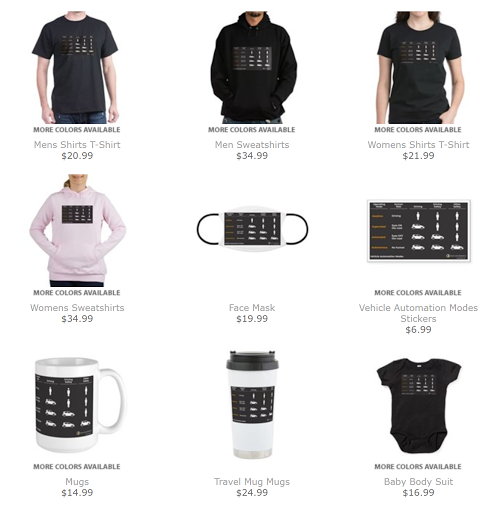 https://www.cafepress.com/vehicleautomationmode
(Sold at zero mark-up; distribution area limited.)
If you want to make your own poster, t-shirt, mug, or whatever, feel free to download the high resolution graphic and do it yourself.  No permission required!  (Hint: you can often get a better discount price at CafePress by uploading one of the below graphics and using a coupon code rather than using the store above. Go for it!  The store is just for convenience.)
Basic graphic:  https://archive.org/details/VehicleAutomationModesChart
SAE Level 2 graphic:  https://archive.org/details/level-2-vehicle-automation-modes
Updated 12/13/2021
ADAS SAE Levels vehicle automation modes

How Safe Is Safe Enough for Autonomous Vehicles?  The Book The most pressing question regarding autonomous vehicles is: will they be safe enough? The usual metric of "at least as safe as a human driver" is more complex than it might seem. Which human driver, under what conditions? And are fewer total fatalities OK even if it means more pedestrians die? Who gets to decide what safe enough really means when billions of dollars are on the line? And how will anyone really know the outcome will be as safe as it needs to be when the technology initially deploys without a safety driver? This book is written by an internationally known expert with more than 25 years of experience in self-driving car safety. It covers terminology, autonomous vehicle (AV) safety challenges, risk acceptance frameworks, what people mean by "safe," setting an acceptable safety goal, measuring safety, safety cases, safety performance indicators, deciding when to deploy, and ethical AV deployment.
Read more

Vehicle Automation Modes emphasize the responsibilities of a self-driving vehicle user By:  Dr. Philip Koopman , Carnegie Mellon University Now that the AV industry has backed away from SAE Levels, especially the highly problematic Level 3, it's time for a fresh look at operating modes of vehicle automation technology. Vehicle Automation Modes If you follow self-driving car technology it’s likely you’ve encountered the SAE Levels of automation. The SAE Levels range from 0 to 5, with higher numbers indicating driving automation technology with more control authority (but not a linear progression, and not necessarily higher levels of safety). Unfortunately, in public discussions there is significant confusion and misuse ( even abuse ) of that terminology. In large part that is because the SAE Levels are primarily based on an engineering view rather than the perspective of a person driving the car. We need a different categorization approach. One that emphasizes how drivers and orga
Read more

Version 2 of ANSI/UL 4600 has just been issued. This standard provides guidance on how to ensure that autonomous vehicles safety cases are created and maintained to ensure acceptable safety for deployment. Since version 1 of the standard was issued in April 2020, the Standards Technical Panel members (the voting committee) and stakeholders have been involved in suggesting clarifications, upgrades, and other improvements as part of the standard's continuous improvement process.  Version 1 of the standard included chapters on: terminology, safety cases, risk assessment, interaction with humans, autonomy functions, software/system engineering processes, dependability, data/networking, verification/validation/test, tool qualification/COTS/legacy components, lifecycle concerns, maintenance, metrics, and assessment. The standard is designed to work with other safety standards such as ISO 26262 and ISO 21448 to make sure that all the bases are covered for system-level safety on autonomous
Read more