Showing posts from March, 2018
Show all

- March 15, 2018
I really enjoyed the discussion with  Michele Kyrouz  on the Smarter Cars podcast. Thanks so much for inviting me on as a guest! https://anchor.fm/smarter-cars    // March 15, 2018 episode
Post a Comment
Read more

A More Comprehensive Look at Autonomous Vehicle Testing and Validation 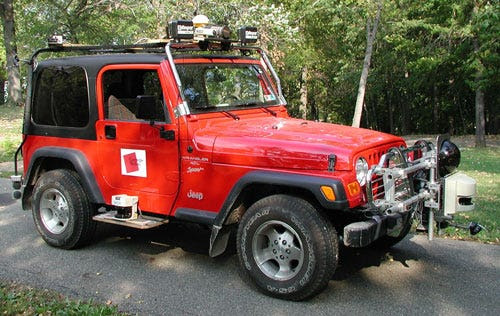 Developers should create a transparent safety argument based on testing, simulation, and good engineering practices. The race to deploy self-driving cars is in full swing, with fleets being deployed on public roads in increasing numbers. While some vehicles require driver supervision, other fleets are being deployed which don’t even have driver controls at all. The big question is: will these vehicles be safe enough? Carnegie Mellon NavLab 11 / 2001 / https://goo.gl/itksbK Now that self-driving car technology is maturing, there is increasing recognition of the fact that demonstrating adequate levels of safety with on-road testing is impractical. Too many billions of miles are needed for a credible statistical safety argument, and it simply costs too much and takes too long to do that. Other safety critical application areas already have a solution to this problem in the form of internationally accepted safety standards (e.g., aircraft, trains, and even home appliances). While
Post a Comment
Read more
More posts

Phil Koopman
I work with self-driving car safety and more generally with dependable embedded systems. I teach at Carnegie Mellon University.
As with any blog, these posts often contain speculative and partially formed thoughts, and should not be interpreted as a fully considered opinion unless stated otherwise.
Key pages:
Academic home page at CMU
Embedded Software Blog
Safe Self-Driving Car Blog
Checksum and CRC Blog