Ethical Problems That Matter for Self Driving Cars

It's time to get past the irrelevant Trolley Problem and talk about ethical issues that actually matter in the real world of self driving cars.  Here's a starter list involving public road testing, human driver responsibilities, safety confidence, and grappling with how safe is safe enough. 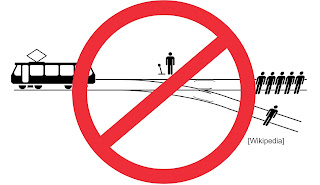 I don't purport to have the definitive answers to any of these problems (except a proposal for road testing safety, cited above). And it might be that some of these problems are more or less answered. The point is that there is so much important, relevant ethical work to be done that people shouldn't be wasting their time on trying to apply the Trolley Problem to AVs. I encourage follow-ups with pointers to relevant work.

If you're still wondering about Trolley-esque situations, see this podcast and the corresponding paper. The short version from the abstract of that paper: Trolley problems are "too contrived to be of practical use, are an inappropriate method for making decisions on issues of safety, and should not be used to inform engineering or policy." In general, it should be incredibly rare for a safely designed self-driving car to get into a no-win situation, and if it does happen they aren't going to have information about the victims and/or aren't going to have control authority to actually behave as suggested in the experiments any time soon, if ever.


Here are some links to more about applying ethics to technical systems in general (@IEEESSIT) and autonomy in particular (https://ethicsinaction.ieee.org/), as well as the IEEE P7000 standard series (https://www.standardsuniversity.org/e-magazine/march-2017/ethically-aligned-standards-a-model-for-the-future/).

All comments are moderated by a human. While it is always nice to see "I like this" comments, only comments that contribute substantively to the discussion will be approved for posting. 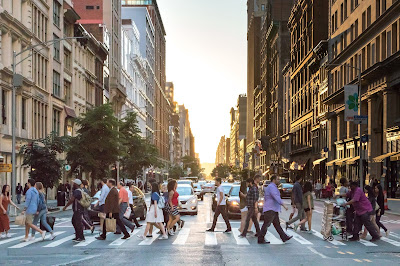