- April 24, 2019
Human Test Scenario Bias:
Machine Learning perceives the world differently than you do. That means your intuition is not necessarily a good source for test planning. 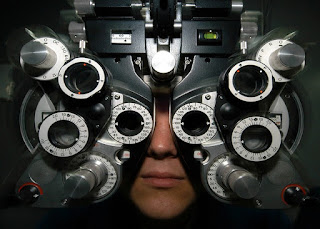 Simulation-based testing (including especially closed-course testing of real vehicles) can suffer from a test planning bias. The problem is that a test plan is often made according to human perception of the scenario being tested. For example, a test scenario might be “child crossing in a painted cross-walk.” Details of the test scenario might explore various corner cases involving child clothing, size, weather conditions, scene clutter, and so on.

Commonly test scenarios map to a human-interpretable taxonomy of the system and environmental state space. However, autonomy systems might have a different internal state space representation than humans, meaning that they classify the world in ways that differ from how humans do so. This in turn can lead to a situation in which a human believes apparent complete coverage via a testing plan has been achieved, while in reality significant aspects of the autonomy system have not been tested.

As a hypothetical example, the autonomy system might have deduced that a human’s shirt color is a predictor of whether that human will step into a street because of accidental correlations in a training data set. But the test plan might not specify shirt color as a variable, because test designers did not realize it was a relevant autonomy feature for pedestrian motion prediction. That means that a human-designed vision test for an autonomous vehicle can be an excellent starting point to make sure that obstacles, pedestrians, and other objects can be detected by the system. But, more is required.

Machine-learning based systems are known to be vulnerable to learning bias that is not recognized by human testers, at least initially. Some such failures have been quite dramatic (e.g. Grush 2015). Thus, simplistic tests such as having an average body size white male in neutral summer clothing cross a street to test pedestrian avoidance do not demonstrate a robust safety capability. Rather, such tests tend to demonstrate a minimum performance capability.