Blame should not be a factor in AV incident reports

A proposal: Any mention of blame in an autonomous vehicle incident report should immediately discredit the reporting entity's claims of caring about safety and tar them with the brush of "safety theater" 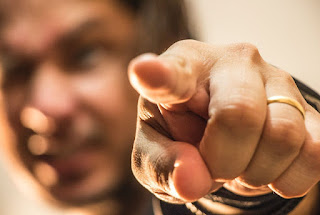 Reading mishap reports from California and NHTSA data it is obvious that so many AV companies are trying as hard as they can to blame anyone and anything other than themselves for crashes. That's not how you get safety -- that's how you do damage control. Sure, in the near term people might buy the damage control. And for many who just see a mention it sticks permanently (think "pedestrian jumped out of the shadows" narrative for the Uber ATG fatality -- the opposite of what actually happened). But that only gets short term publicity benefit at the expense of degrading long term safety. If companies spin and distort safety narratives for each crash, they do not deserve trust for safety.
If a crash report sounds like it was written by lawyers defending the company instead of engineers seeking to improve safety, people can tell. It's not a good look for safety, and indicates the company cares more about image management than safety reality. Any ambiguities and omissions should be interpreted to be the most negative look for the company, especially if it assigns blame (because if something were in the company's favor, they would have said so). Blame insinuation can be very subtle. For example, "AV was stopped at time of crash." OK, so that is factually correct. But why did it stop? Was that because it was the smart defensive driving thing to do, or just a way to make it look like the other guy was at fault? Another example "the other guy was speeding" -- well maybe, but how exactly did that cause the AV to misjudge the other car's speed and subsequently crash? If human drivers crashed every time another driver went faster than the speed limit we would not have enough body repair shops to keep up with demand.
A better approach is that any AV incident report should contain the facts without attempting to assign blame. Vehicle X did A, B, C. Vehicle Y/Pedestrian/bicyclist did D, E, F. AV was in operating mode Z.
For bonus credit mention the things the AV development team could do to avoid the next similar crash. Release video. Release a concise, complete mishap summary report for any injury event or significant damage crash (if you didn't make one internally you don't care about safety, do you?). If the other guy was doing something naughty compare that to the prevalence of such behavior and say why the AV did not take that into account. Make it easy to understand what happened. Explain how the AV will do better next time. Build trust.
In the end blame does not change the number of crashes. If the net harm done by an AV is higher than for human drivers that means the AV is less safe than a human driver. Even if every single crash might be blamed on other road users, how does that make the net harm done disappear? Blame doesn't enter into it.