- March 05, 2019
The Human Filter Pitfall:
Using data from human-driven vehicles has gaps corresponding to situations a human knows to avoid getting into in the first place, but which an autonomous system might experience. 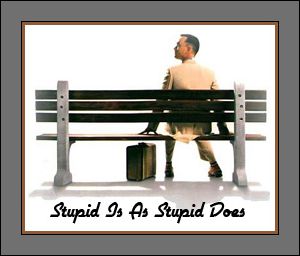 The operational history (and thus the failure history) of many systems is filtered by human control actions, preemptive incident avoidance actions and exposure to operator-specific errors. This history might not cover the entirety of the required functionality, might primarily cover the system in a comparatively low risk environment, and might under-represent failures that manifest infrequently with human operators present.

From a proven in use perspective, trying to use data from human-operated vehicles, such as historical crash data, might be insufficient to establish safety requirements or a basis for autonomous vehicle safety metrics. The situations in which human-operated vehicles have trouble may not be the same situations that autonomous systems find difficult. It is easy to overlook the situations humans are good at navigating but which may cause problems for autonomous systems when looking at existing data of situations that humans get wrong. An autonomous system cannot be validated only against problematic human driving scenarios (e.g. NHTSA (2007) pre-crash typology). The autonomy might handle these hazardous situations perfectly yet fail often in otherwise common situations that humans regularly perform safely. Thus, an argument that a system is safe solely because it has been checked to properly handle situations that have high rates of human mishaps is incomplete in that it does not address the possibility of new types of mishaps.

This pitfall can also occur when arguing safety for existing components being used in a new system. For example, consider a safety shutdown system used as a backup to a human operator, such as an Automated Emergency Braking (AEB) system. It might be that human operators tend to systematically avoid putting an AEB system in some particular situation that it has trouble handling. As a hypothetical example, consider an AEB system that has trouble operating effectively when encountering obstacles in tight curves. If human drivers habitually slow down on such curves there might be no significant historical data indicating this is a potential problem, and autonomous vehicles that operate at the vehicle dynamics limit rather than a sight distance limit on such curves will be exposed to collisions due to this bias in historical operational data that hides an AEB weakness. A proven-in-use argument in such a situation has a systematic bias and is based on incomplete evidence. It could be unsafe, for example, to base a safety argument primarily upon that AEB system for a fully autonomous vehicle, since it would be exposed to situations that would normally be pre-emptively handled by a human driver, even though field data does not directly reveal this as a problem.